The Georgia Music Hall of Fame, the state’s official Music Museum, was located in Macon, the city where artists like Little Richard, James Brown, Otis Redding and the Allman Brothers Band launched their careers. The Museum played an important role in educating people from around the nation about the rich history of Georgia Music.

The 43,000 square foot facility featured permanent and changing exhibits that include music, video, memorabilia, instruments, performance costumes and more. Over 450 artists are represented in the exhibits.

The mission of the Georgia Music Hall of Fame was to operate and maintain a music museum for the general public, Georgia music lovers, music scholars, and musical artists and to celebrate our state’s musical genius by: preserving Georgia’s musical heritage; providing innovative museum exhibits and educational programs; becoming a public-private partnership for cultural preservation; and promoting a heritage tourism destination with growing economic benefits.

Education experts believe the lack of a high school degree often jeopardizes students’ ability to compete in an already tough job market, At the same time demand for highly skilled workers is increasing and one in ­five students does not graduate on time with their class. High school graduates are more likely to be employed, make higher taxable incomes, and generate jobs than those without a high school diploma.

The Hall of Fame was always on the lookout for motivated students who were interested in music, museums, education, history and it inspired many organizations. 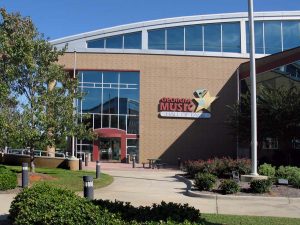 The Hall of Fame has files on over 1,100 artists who are Georgia natives or who have lived in Georgia for a significant period. Each year, a select few were chosen for induction into the Hall of Fame. The list includes names such as Otis Redding, Ray Charles, Whitney Houston, REM.

The state of Georgia has a rich musical heritage that has produced pioneers and superstars in almost every genre.  Four cities, in particular, have played significant roles in the history of these artists, providing inspiration, opportunity and nurturing music communities: Atlanta, Athens, Macon, and Savannah. Read more.