Let’s take a closer look at how Musicbank came to its end. Is history repeating itself?

The company was home to a never-launched music locker service at which users would be able to access online copies of music they’d already purchased, released the following statement when it closed shop: “For over a year Musicbank has pioneered efforts to unite music lovers with their CD collections online. We are sorry to say that we are closing our doors…Thank you for all your kindness and support, we love you for it.”

Formed in November 1999, Musicbank had a bevy of highly touted relationships, licensing deals, and investors.

The firm, which hoped to allow consumers to buy music at an offline or online retail store and receive immediate access to a copy of that music in an online storage locker, also signed an exclusive retail deal with Virgin Megastores. Despite backing from the music industry’s heaviest hitters, Musicbank eventually fell victim to the all-too-ordinary dot-com plight — a dried-up venture capital market, grandiose spending, and a flawed business model that didn’t accurately measure consumer receptiveness to its offering.

“Musicbank ran out of VC funding and could not find anymore,” says digital music industry veteran Frank Davis, CEO of Chaoskitty and former operations and community director at StarPolish. “Why? For one, they hadn’t launched. So they had no traffic or revenues to report. VCs aren’t keen on giving out money for unproven sites these days.”

Davis noted that Musicbank spent much of its venture capital funding to acquire major label licenses. But because its service was delayed while consumers continued to get free music from file-sharing firm Napster, Musicbank never actually reaped the benefit of those licenses, he says. Although the company never actually generated any revenue, Musicbank’s marketing efforts certainly showed no signs of despair. In the latter part of 2000, the company funded two non-profit fundraisers, featuring performances by James Brown and Blues Traveler.

Another factor was the company’s inability to replace CEO Michael Downing, who left the firm in March. At that time, the company laid off 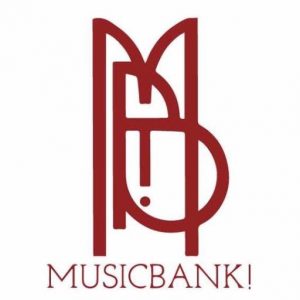 19 of its 61 employees, mostly engineers. Musicbank’s death deals a harsh hit to the category of online music locker services. These services became the buzz of the digital music industry only a year ago, but have never generated much consumer response.

In February of the same year that Musicbank closed, another online music locker service, Myplay, axed nearly half of its staff and shifted its business model toward making software with which other sites could launch similar services. Meanwhile, MP3.com, which paid the record labels approximately $130 million in damages because it didn’t acquire licenses before launching its My.MP3.com locker service, had declined as part of its Q4 earnings report to reveal how many of its users had signed on to pay for access to their personal music collections online.